Keto Dictionary: Your Quick Guide To All Things Keto
9 Reasons Why You Are Not Losing Weight On Keto
10 Health Benefits of the Ketogenic Diet
Different Types of The Ketogenic Diet Explained.
Keto Basics: What Is Keto?
Keto vs. Other Diets - How Does Keto Measure Up?
Ketogenic Diet Benefits For Health Conditions
Ketogenic Diet: What To Eat & What To Avoid
Keto Flu and How To Avoid It 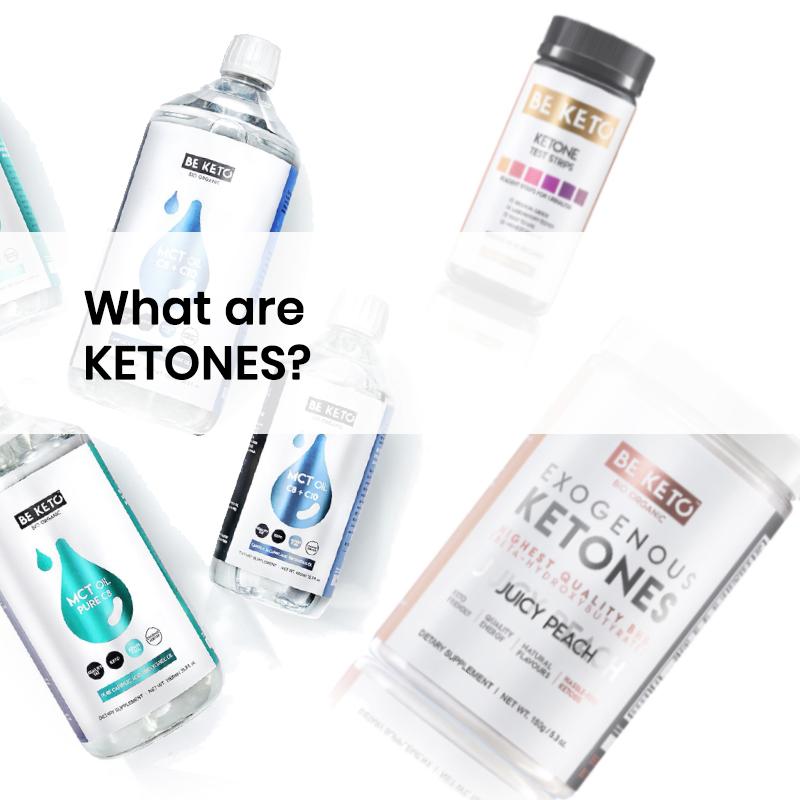 While the ketogenic diet has been around for decades, it was not until the last few years that it received the recognition and popularity it deserves. From treating epileptic seizures in children, to stabilizing hormones and aiding in weight loss, there is a whole list of ketogenic diet benefits.

So: you read basics about the ketogenic diet, you have familiarized yourself with ketosis, but do you know what ketones are? Read along to educate yourself more!

Ketones are chemicals which are produced in the liver and used as a source of energy when there is a restriction in carbohydrate intake and glucose is not easily accessible [*].

Therefore, ketones are produced when there is not enough insulin in your body to turn glucose into energy. At that time, your body needs another source of fuel and it begins to use fat instead.

You do not need to have diabetes or be on the ketogenic diet in order for your body to produce ketones - in fact, you may be producing them right now.

To find our more about ketones and their role in the ketogenic diet, read our informative guide below:

In this guide you will find:

Ketone bodies are produced in the liver from the oxidation of fatty acids, which are then transported to peripheral tissues as a source of energy. Ketones are especially important to the brain, which does not have any other non-glucose-derived energy source [*]. However, while glucose is the primary “food” for the brain, ketones can easily fulfill its energy requirements. [*].

When your carbohydrate intake is significantly restricted, your body switches to a state called ketosis.

If you decide to go on a ketogenic diet and reduce your carbohydrates, your body will ultimately deplete your glucose and stored glycogen, simultaneously looking for another source of energy and fuel.

Glucose is a type of sugar converted from carbohydrates. If your body does not need any more glucose for energy, it is stored in your liver and your muscles.

Glycogen is made up of glucose molecules, and simply referred to as stored glucose. In case your body needs energy and there is no glucose available, your body will break down glycogen stores and turn them into energy.

However, things look slightly different on a ketogenic diet:

If your body does not have an adequate amount of glucose to use as energy, it will start burning through fat. This is why the ketogenic diet is so successful with those who want to rapidly lose weight.

In a process called beta-oxidation, your body will begin to break down consumed and stored fat as a means of alternative energy sources. This is because your body can not only use fatty acids for energy, but also, ketones produced by your liver [*].

Let’s find out how ketones are actually produced.

2. How are ketones formed?

Ketone bodies are formed during a process called ketogenesis.

When glucose is not easily available, ketogenesis occurs in mitochondria of liver cells called perivenous hepatocytes [*]. Ketogenesis is a process which breaks down fatty acids and results in the production of three main ketone bodies: acetone, acetoacetate, and beta-hydroxybutyrate [*].

In order to explain the detailed process of ketogenesis, we have to give you a short biochemistry lesson. Let’s get started:

In short, ketogenesis is a process where fatty acids are broken down and transformed into ketone bodies called acetoacetate (AcAc), beta-hydroxybutyrate (3HB) and acetone. [*].

So you have read what ketones are and how are they produced. Read along if you would like to find out more about each ketone and how they relate to the ketogenic diet.

There are technically three different types of ketones:

Acetoacetate is the first ketone formed. There are three different things that can potentially happen to acetoacetate: it will either be used as energy, convert to beta-hydroxybutyrate or it will turn to acetone. In the beginning of your ketogenic journey, your body will produce this ketone body the most, however, it will slowly switch to producing more beta-hydroxybutyrate once your liver gets used to this new lifestyle change.

Beta-hydroxybutyrate is derived from acetoacetate. This is the ketone you are looking for if you want to be in ketosis and become fat adapted. The longer you restrict carbohydrates and follow a high-fat diet, the more your body will produce this ketone [*].

Acetone is formed as a side product of acetoacetate. It is the least abundant and the least used ketone in your body, mostly exerted through your breath - which is why many of those who decided to switch from their regular diet to the ketogenic, high-fat, low-carb lifestyle will experience a distinctive, almost “fruity” breath odor [*].

It is also important to note that both acetoacetate and beta-hydroxybutyrate are in charge of transporting energy from your liver to other tissues and organs in your body.

4. How to measure your ketone levels?

If you would not be able to measure your ketone levels, how would you know if you are in ketosis?

While first signs of producing an increased amount of ketone bodies may include fatigue and headaches along with a list of other symptoms (also known as the “keto flu”), there is no specific and accurate way to know without testing your ketone levels.

Currently on the market, there are three different methods to help you be certain you are in ketosis:

Blood ketone measuring is by far the most accurate and reliable form in measuring the amount of ketones in your body, without leaving the comfort of your own home. Such blood ketone meters cost about £40-£80, not including test strips. Therefore, they are the least favorable option in terms of cost.

In order to test your ketone levels with a blood ketone meter, you have to obtain a drop of your blood, usually through a finger prick using a lancet pen. Then you would place it on a test strip and insert it into your ketone meter.

Measuring your ketone bodies in urine is the most common method in determining whether or not your lifestyle changes are working. It is quite simple: you buy urine testing strips and pee on a strip, which will indicate your level of ketosis by changing its color. Most of the time, a dark purple color indicates a high level of ketones in your body.

They are perfect for someone who is just starting their journey with the ketogenic diet. They are non-invasive, cheap, and readily available at most pharmacies. While urine testing is much more accurate than breath testing, it is less reliable than blood measurements, especially by those who have been on the ketogenic diet for a longer amount of time.

This is because both endogenous and exogenous ketones end up in your kidneys, and not all, but some will be reabsorbed back into your body. The longer you have been in ketosis, the more your body will get used to utilizing ketones and turning them to energy, rather than expelling them into urine. Therefore, if using a urine strip, your measurements may show up lower than they actually are.

Cons: Less accurate than blood testing, may be affected by dehydration or prolonged fasting.

Alternatively, as you may have read, one of the ketone bodies called acetone is also released through your breath since it cannot be utilized in your body like acetoacetate and beta-hydroxybutyrate.

In order to test your breath ketone levels, you would need a handheld device that allows you to breathe into it, and then show a numerical scale with your results. You would only need to purchase this device once, and no additional urine strips or blood strips would be necessary.

However, there is a catch: If your ketone levels are low, breath testing may be an accurate measurement because their level accurately correlates with blood ketone levels. However, when ketones in your blood begin to increase, acetoacetate and beta-hydroxybutyrate become most abundant, leaving acetone behind.

What ketone levels am I looking for?

The ideal level of ketones will vary depending on the results you may want to achieve. Whether you are looking to lose weight or implement the ketogenic diet for health benefits, it is recommended to experiment and see which levels work for you best. However, the majority of people obtain the most favorable results between 1.5 - 3.0 mmol/L.

Ketones are measured in millimoles per liter (mmol/L). Here is a quick reference guide:

If you would like to supercharge your ketosis results, you can aid your body’s ketone levels by supplementing exogenous ketones.

5. Can ketones be dangerous?

It’s a yes and no answer.

Ketosis and an increased level of ketones is a normal physiological event that follows a significant restriction in carbohydrates in order to benefit from an abundance of positive effects on your body during switching your lifestyle habits to the ketogenic diet.

Nutritional ketosis is a healthy metabolic state induced by a change in dietary macronutrients. When you are on the ketogenic diet, healthy blood ketone levels range from 0.5 mmol/L to 5.0 mmol/L.

In patients with pathological causes of ketosis, blood ketone levels may exceed 25 mmol/L in comparison to 0.5 mmol/L seen in patients who are undergoing nutritional ketosis [*].

For example, normal ketone body ratio of acetoacetic acid to beta hydrohybutic acid (3HB:AcAc) following a meal is (1:1), whereas in diabetic ketoacidosis, it may be as high as 10:1 [*]. In nutritional ketosis or after prolonged fasting, this ketone body ratio rises to 6:1 [*].

Therefore, if you are diabetic and would like to implement the ketogenic diet into your lifestyle, you should never do so without medical supervision.

Knowing about ketones, how they formed and used in our body is imperative to yield better results while following the ketogenic diet. It is important not to forget to eat wholesome, nutrient-dense foods and check your ketone levels frequently. 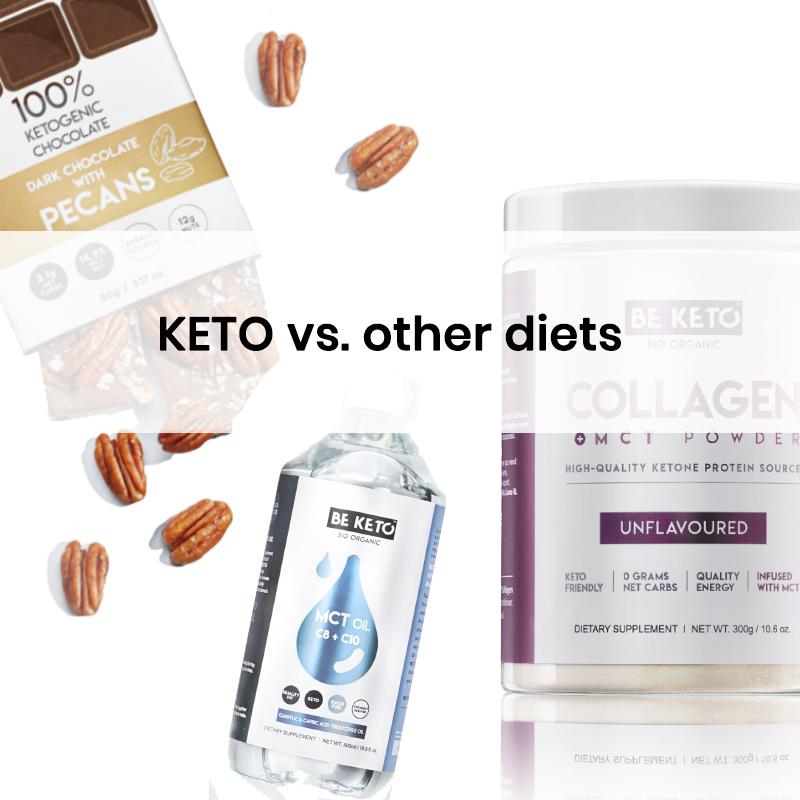 Keto vs. Other Diets - How Does Keto Measure Up?

The ketogenic diet’s popularity increased significantly over the past few years. First used as a treatment in drug-resistant children with epilepsy, it quickly became the go-to diet for those who are battling obesity and want to lose weight. 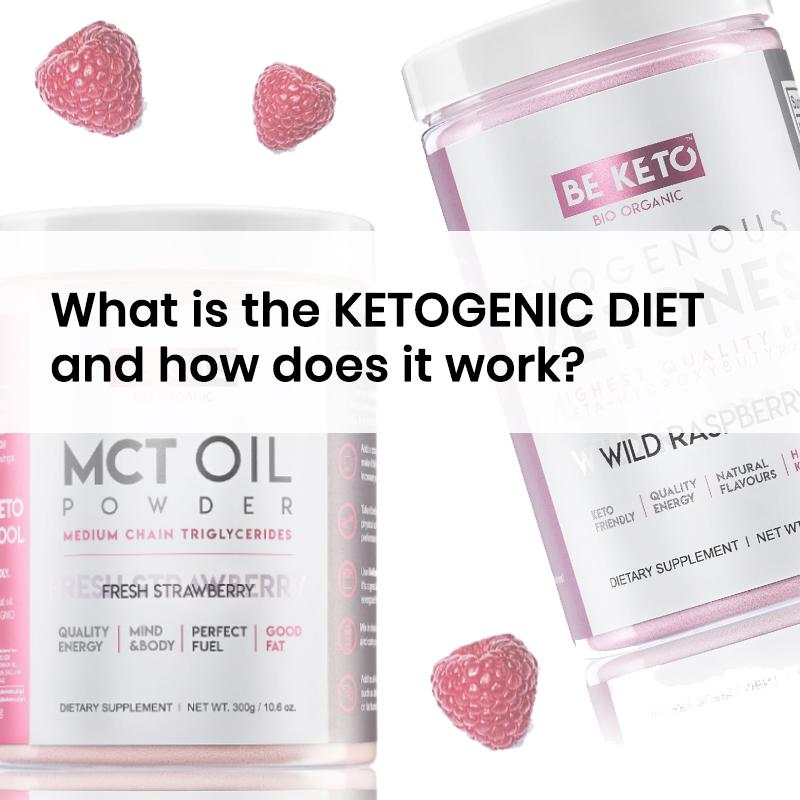 Keto Basics: What Is Keto?

The ketogenic diet (keto) is a very low-carb and high-fat diet. The primary goal of the ketogenic diet is to put you in a state of ketosis, which shifts your metabolism to burning fat as fuel and energy instead of glucose. 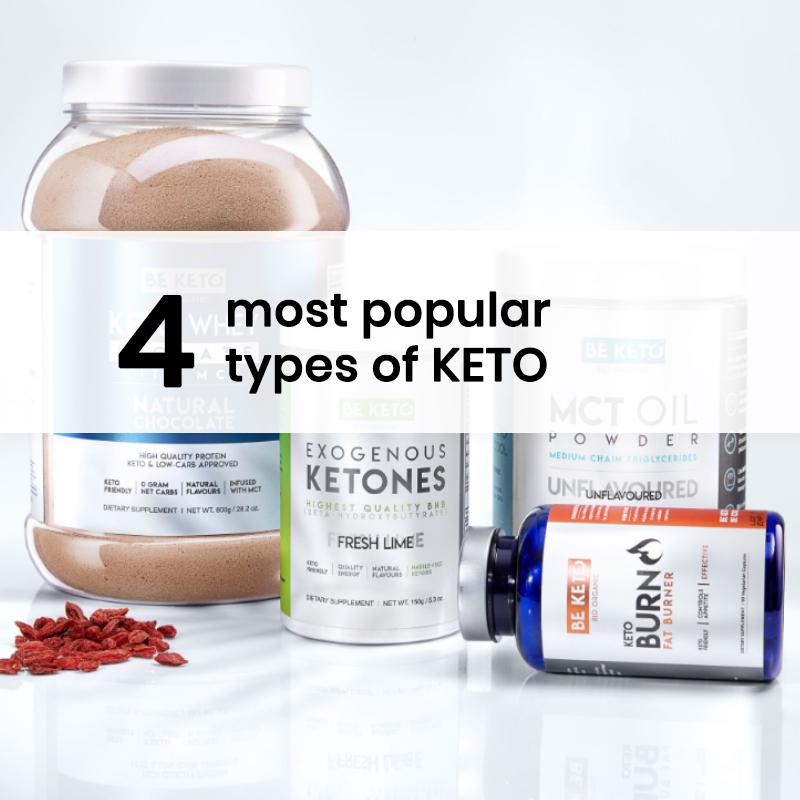 Although the Standard Ketogenic Diet (SKD) is the most popular and widely used diet among those who want to enter a state of ketosis, there are other types of the ketogenic diet which differ in the amount of restricted carbohydrates.

Be keto with our newsletter